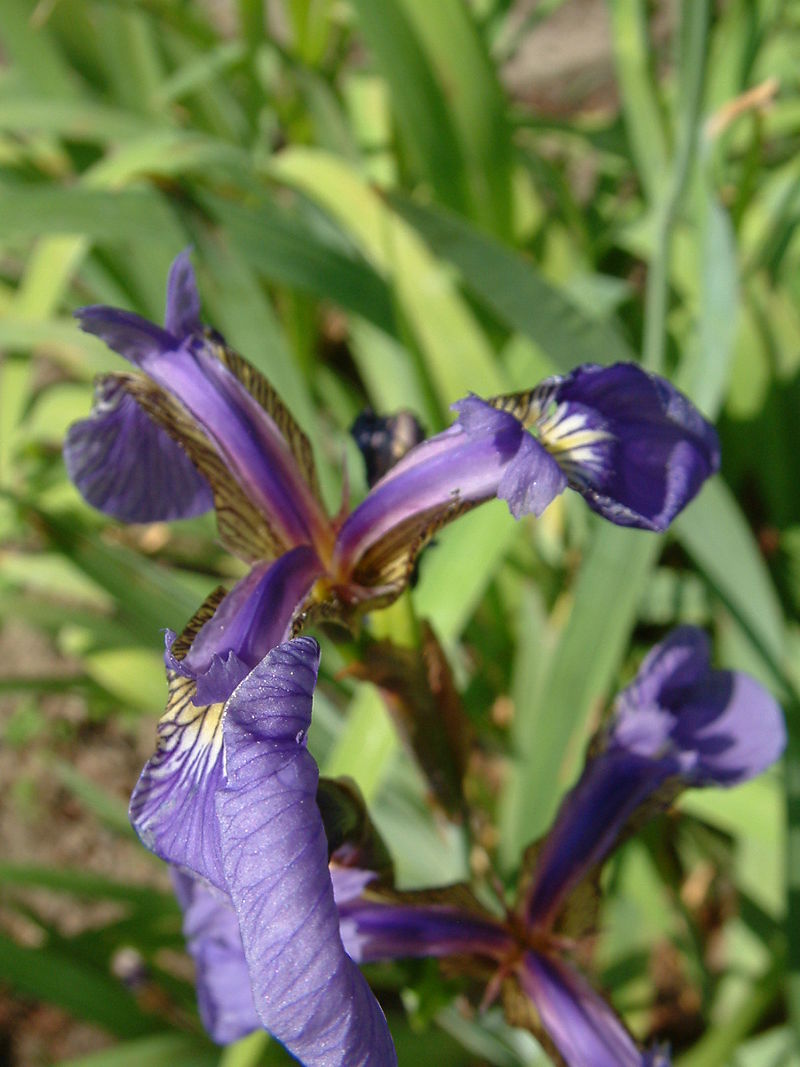 "If we are to learn anything about the ultimate nature of species we must reduce the problem to the simplest terms and study a few easily recognized, well differentiated species" – Edgar Anderson, Annals of the Missouri Botanical Garden, 1928

Recently I've added a Python API to a C library for deep learning known as libdeep. The libdeep project was started in 2013 and is one of my more popular open source projects on Github. The core of it is based upon back-propagation code which I originally wrote in the early 1990s when computers were a lot less powerful than they are now, and since that time the fortunes of neural networks within the popular science imagination have waxed and waned.

Neural computing is about as old as digital computing. In 1943 Warren McCulloch and Walter Pitts proposed a neuron-like computing element. Alan Turing picked up on that and in the post-war period he writes to the cybernetics pioneer Ross Ashby suggesting that Ashby use the new Pilot ACE machine to simulate a neural network. By the late 1950s perceptrons are invented and then after some argumentation their design was refined with the addition of a sigmoidal activation function. About a decade ago better ways of training neural nets with many layers were developed by Geoffrey Hinton, and that's the so-called "deep learning" that we know of today.

It should be said that most neural network systems running on computers bear little or no resemblance to biological brains. Biological neurons do a lot more stuff besides adjusting synaptic strengths. Classical neural nets could be characterised as a variety of (more or less practical) machine learning system inspired by what neurons were believed to do by the standards of neurophysiological understanding in the mid 20th century and are situated within the now largely discredited psychological paradigm of behaviourism.

My own deep learning implementation isn't the same as Hinton's. I'm not using Restricted Boltzmann Machines, although I am using dropouts and unsupervised feature learning with autocoders. Adding a Python API makes the system available to a larger number of software developers and might also include educational uses.

So without further ado let's start with the simplest possible example: the XOR problem. In the 1970s XOR was a problem, because perceptrons couldn't learn that logic function and so the criticism was leveled that this was a strong indication that neural nets were not going to be able to rival more traditional symbolic logic. First we can create a data set in the form of a CSV file from the XOR truth table.

There's repetition here, but that's only to give the system chance to randomly pick 80% of the data for training and 20% for testing. Then we can use the following Python program:

This loads the data and creates a neural net with 4 hidden units and a single hidden layer. If you run that it will save an image called training.png, which shows the training error over time and at the end it saves the trained neural net to a file called xor.nn. We can then test that the XOR logic function was successfully learned with the following program:

And if all is well then on running this program you should see the XOR truth table. Of course, XOR is not the most exciting thing ever, and the above is only intended to illustrate how you can implement deep learning in a small enough number of lines of Python code that you could probably use it for teaching purposes. You can mess around with the learning rate and other parameters to see how that alters the training graph or the test performance.

Now let's tackle a more interesting problem. In 1935 the botanist Edgar Anderson was researching the origin of species. Contrary to the notion of branching under strict descendancy in reproductive isolation perhaps hybridization within suitably conducive habitats could itself give rise to new species with overlapping phenotypic characteristics. He measured the physical dimensions of Iris plants growing together in the same colony in the Mississippi delta region, which belonged to three species: Iris setosa, Iris versicolour and Iris virginica. The resulting data set was later published by the statistician Ronald Fisher and has become a well known machine learning classification problem. It can be found here: http://archive.ics.uci.edu/ml/machine-learning-databases/iris/iris.data

To use this as a libdeep data source we'll first need to tidy it up. libdeep currently doesn't understand text, only numbers, so we can replace the species names with class 0, class 1 and class 2.

And then similarly to before a Python program can be written to learn the classifications.

This creates a neural net with 16 hidden units and three hidden layers to classify three types of things. Because this is a harder problem it takes longer to train than the XOR example. When the training is done another program can be run to test that the learning worked.

The measurements supplied to the test function are different from any of the samples in the data set, so this determines whether the system is able to generalise rather than just learning specific training values. If the training went well then we'll see that the expected and returned species classifications are the same. Rather than being a "toy" problem this is closer to something which could be a practical application on a mobile device used by an ecologist conducting a field survey.

So this was an introduction to the new libdeep Python API. We've only dealt with classification problems on fully labeled data sets, and there's more work to be done to support time series and recurrent networks.